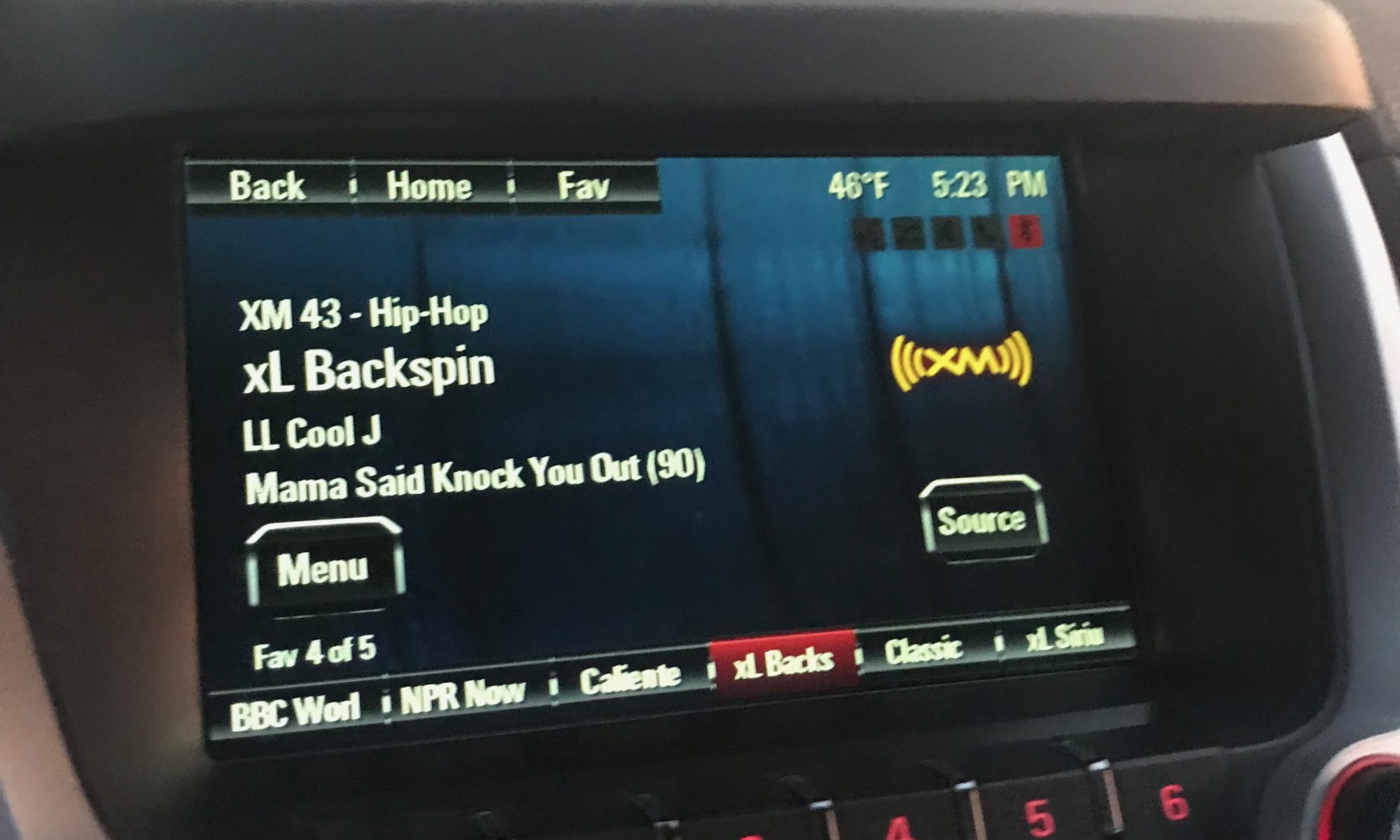 I don’t think anybody has been under the illusion, at least in my 20 years as a sports journalist, that being a female in sports media was easy. All of us have horror stories, about the men who belittled, harassed, overlooked, and clearly meant us harm.

I have made a point of trying to be a role model in sports media, taking every chance to speak to kids, students, groups, etc. about being female sports journalist and what life is like. Nearly every time, I get asked about the locker room – why I can’t go in (wrong, I do), why men are not allowed into female locker rooms (wrong, they are at the pro level), why we are not further ahead in the business, or why I wanted to go into this as a woman.

I feel all questions are good, giving a chance to start discussions.

I had an appearance as a panelist Monday evening, at Michigan Radio’s Issues and Ale public forum. Author John U. Bacon, Fab Fiver/former pro player Jimmy King and I discussed protest in sports, issues like concussions, and just the overall landscape. It was a lot of fun, and the audience questions were fantastic.

Afterwards, a woman came up to me, and floored me with a question: Given the current crazy atmosphere of women and men revealing the sexual abuse they have endured in the workplace, why aren’t women in sports media coming forward with their stories?

That is a great question to ask, and I didn’t have the thoughtful answer right at hand. I still lack the killer answer, but some of my thoughts have come together a little more.

I don’t feel that we are owed, by anyone, their “story”. If they want to say something, please do it – we are here to believe you and support you. I think that is the biggest glacier that’s moved – we are hearing victims and wanting to have their back. Some parts of our society are not entirely on board with that, still looking to victim shame or throw darts.

I think I am pretty average for a woman in sports media. We’ve all been through some shit, from our work places, the sports/athletes/coaches we cover, and the worst offender- the public. There is no polite way to say it.

We all know the bosses who have made demeaning comments and held us back. The assignments denied because it was cheaper to send two men and put them in one hotel room and not get two rooms for a male and a female. The work function where somebody gets trashed and goes over to the “sports chicks” because he heard we were sluts as the only women in the sports department. The sports editor having a file in an internal editing system, rating all the physical attributes – and grading them – of all the women in the department. The other media members on a work trip all going out to dinner to the strip club, leaving you with the choice of staying by yourself or eating at a place that makes you feel awful. Being at a professional reception, where a sports editor is recruiting over a drinks, and then delivers a nasty proposition and a butt grab.  Co-workers looking at porn and openly sexualizing athletes (oh look, the tennis player is air kissing another athlete at the net…oooh!). The public sending rape threats, commenting on how you look – or don’t look – or dress – or don’t dress. Too fat, too stupid, too blonde,  too whatever, who are you screwing to get the sports job job, token hire, n-word lover…

It’s poison. Drip. Drip. Drip. Some of this stuff I told my editors and HR. Some I didn’t. Some I forgot because I had to – until I remembered.

I’ve never been badly assaulted because of my job. Thank God. But we all have damage on our armor. Most of the time we get out of the way of the wrecking ball, using sarcasm, avoiding that person in the future, lamenting the job opportunity we will never have because so-and-so is there, and telling other women we know who to avoid at their workplaces.

The HR response for many has been, oh, that’s too bad, but you are the women in the sports department. What did you expect? (sotto voce)

After a while, you don’t want to fight all of this to do your job. You develop a plan for what your limits will be. Ignore the comments after stories. Don’t feed the trolls on Twitter and try to block them. Forward threatening voice mails to your boss. Game plan for the creeps. The witty comeback.

I am grateful for all the wonderful men – gentlemen, big brothers, editors and bosses – have my back and helped me. They were saddened to see this crap, and angry. They listened and believed, which is great. Nearly every job I have had meant a man hired me, and some took a risk by hiring a woman. Having female mentors also made all the difference. They knew, and my older sisters in the business had been through it all – many had it much worse.

So where is our swell of horror stories?

I can’t tell others what to do. You can only have your personal truth, and express it in the way that is best for you.

I do not judge those who stay silent.

I do not judge those who only tell family members and close friends.

I do not judge those who go to HR.

I do not judge those who left the business.

I do not judge those who stayed.

I do not judge those who are angry and want more.

I do not judge those who come out and tell the world and scream their truth.

I do not judge. I support all.

I demand change for all women in business. I want change. I have tried to be part of the change in my industry through AWSM and making things better where I can.

So that’s long answer to a great question, but it’s not the final answer.

Let the good people prevail. And the strong survive.

That’s what I think.

She is the co-author of “Back in the Game: Why Concussion Doesn’t Have to End Your Athletic Career”, with Dr. Jeff Kutcher (Oxford University Publishing, 2016), an Amazon No. 1 hot seller on youth sports and concussions. She has also written four children’s books.